I made this pillow for my son Truman for 2 reasons: 1) to preserve his two favorite shirts in a way he would like, and 2) because I was sick of him wearing only these two shirts.  You decide which reason influenced me more to break out the sewing machine. 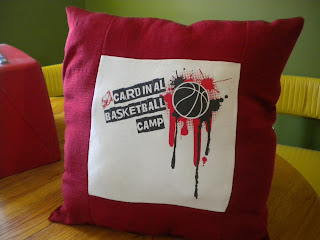 Truman is almost 11, and this pillow is going to be one of his birthday presents.  The thing is, I know the main reason he wore these two shirts all the time was more because they were always in the top of his shirt drawer than anything else.  I don't think he has even noticed that the shirts are gone, because now he is wearing whatever 2-3 shirts are currently in the top of his drawer.  I need to go in his room and rotate his clothes if I want to see him dress with any variety.  But I digress . . .

I like this project because it is super simple--much easier than making a t-shirt quilt, but still meaningful to your little basketball camper :).  Right now, Truman is sporting his 2012 basketball camp shirt about 50% of the time, so maybe in 2013 he'll get another pillow after attending Cardinal b-ball camp again. 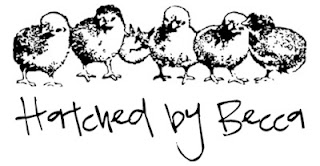