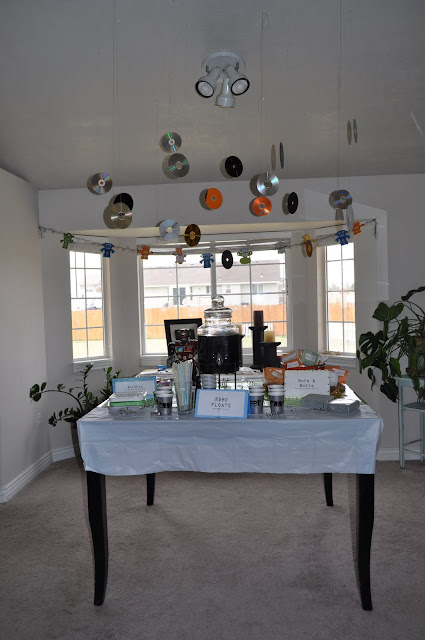 It is amazing what you can do with some vinyl, balloons & some old Cd's. I threw a baby shower for my cousin, and she wanted everything Robot. I myself am a robot enthusiast, so I couldn't have been more excited! I looked for some silver disco balls everywhere, to hang above the table but my sister gave me the idea to use Cd's instead! CLEVER and INEXPENSIVE! I think I had over three 98 degree Cd's. Sad but true, I was a HUGE boy band fan! I still don't think I am over my whole JT crush! What a Heart Throb!

These Robot stickers come with six on each sheet at the dollar store! Just back them with some card stock and attach the Info! 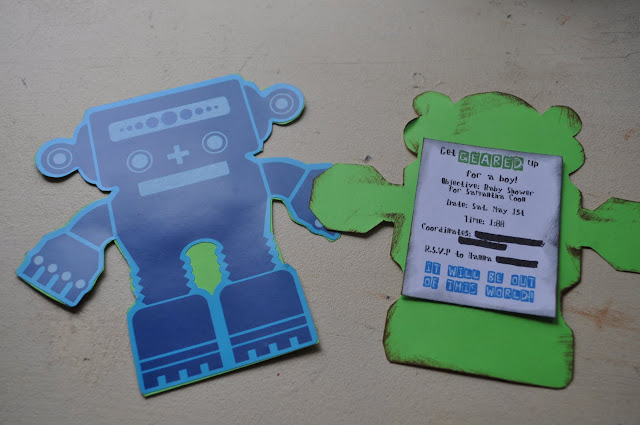 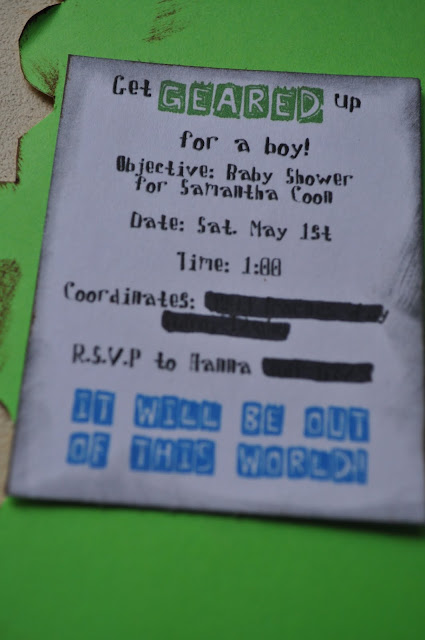 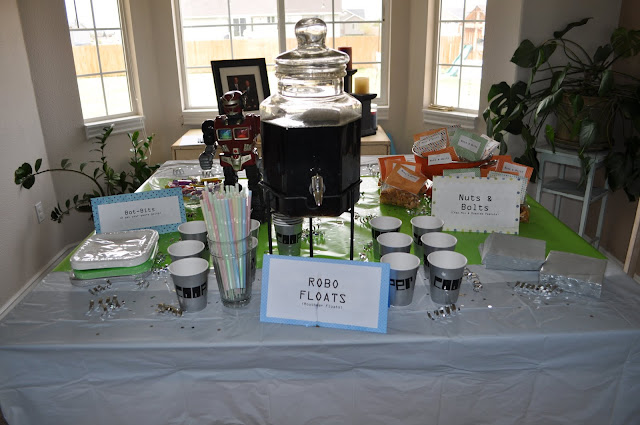 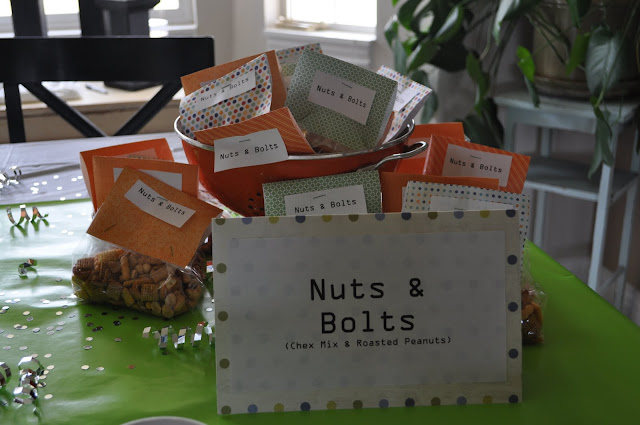 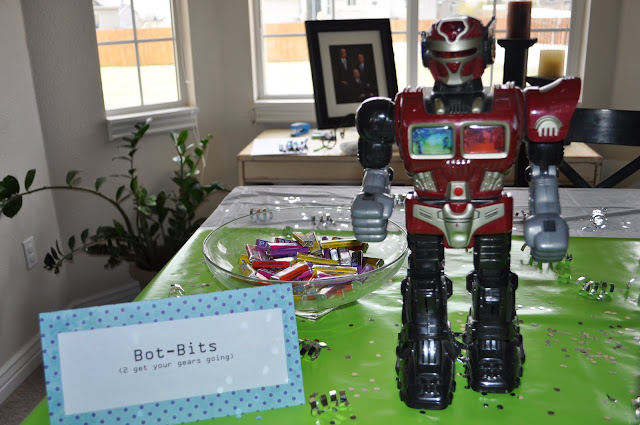 I personalized everything with baby Coopers name in Vinyl. Oh so Cheap! 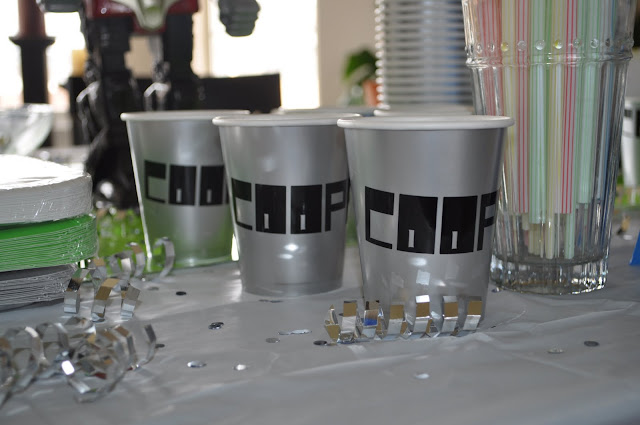 I wish I would have put the balloons behind the table for pictures, but the rest of the room was filled with Silver, orange, lime green, & white balloons!

I also strung the extra invites and hung them above the bay window, and over my entertainment center. 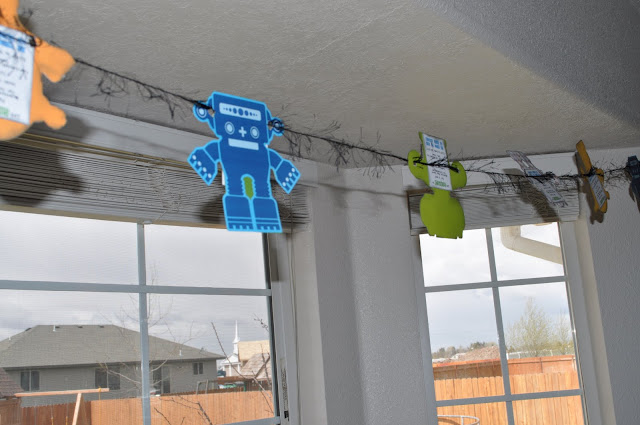 I even let my kids help by decorating our baby gifts to look like a Robot. We used it to let people know where the gifts go. 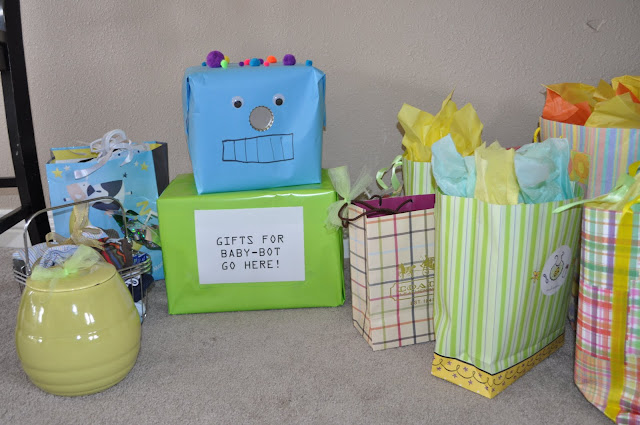 I even let my kids help by decorating our baby gifts to look like a Robot. We used it to let people know where the gifts go.

Baby GIFT IDEA'S:
I forgot to take pictures, but my cousin is sending some so check back. I had robot onesies made with cooper on the butt, and also I made some cute robot wipe cases to match.

The GAMES we played:

To go along with the robot theme, we played all A-BOT mom. It was a questionnaire all about the mother to Be's pregnancy. Then we played a Baby Bot diaper game. I numbered diapers filled with various items that had to do with robots, like Nuts, Bolts, screw drivers, tape measure, etc. The guests had to guess what was in the diaper by feeling it for 30 seconds. It was so much fun that I think I might throw a Robot themed Birthday party for my son!